Any bird photographer will tell you that there is no perfect lens for all situations, but very few would even imagine using a 135mm lens for birding at all. The longer the lens, the easier to draw in a small, skittish subject. Fewer still would dream of using a manual focus lens without image stabilization. And yet three months with the Zeiss Milvus 2/135 taught me that there is a lot about this lens for a birder to love.

The best feature of the Milvus 2/135 is what bird photographers care most about: image quality. Razor-sharp and virtually distortion-free from f/2 to f/14, it controls flaring and minimizes chromatic aberration edge-to-edge better than any long lens I have ever used, even wide open. Bokeh that can only be described as luscious frames and highlights the subject, giving it truly dramatic impact. Many lenses will enable you to capture a nice image of a bird, but it takes a lens with exceptional optical qualities to give you a work of art.

This is not a lens, however, that you could pair with just any camera body. My body of choice was the Canon EOS 7D Mk II, for two main reasons. First, with an APS-C sensor, the 7D Mk II gives you an effective 1.6x crop factor, allowing you to put more pixels on the bird than a full-frame camera of similar resolution. Second, the 7D Mk II’s burst rate of up to 10 fps gives you a lot of kicks at the can. This is particularly important when using a manual-focus lens, because one will want to do micro-focus bracketing whenever possible to maximize the chance of nailing the shot. Mastering manual micro-focus bracketing takes a little practice, but after just a few outings I was able to boost my yield rate to a level comparable to that of my autofocus lenses. With a tight, firm focus ring, the Milvus 2/135 is highly responsive to the tiny adjustments required.

The 7D Mk II does not excel, unfortunately, at handling noise above ISO 800, which might tempt you to try the Milvus 2/135 with a higher-end body, such as the full-frame Canon 1DX Mk II, which shines at high-ISO noise processing (and gives you an extra 4-6 fps to boot). But with a short lens, giving up the built-in crop-factor zoom is simply too much of a price to pay. Fortunately, the large aperture of the Zeiss Milvus 2/135 will help you keep ISO down to manageable levels in all but the dimmest lighting conditions.

Bird photographers come in two varieties: those who prefer shutter priority, and those who prefer aperture priority. I have always been in the former category, as I generally find that the odds of shooting a keeper image are higher when one prioritizes focus over depth of field. Shooting with the Milvus 2/135 reinforced my preference. At shutter speeds of 1/500 and higher, the lack of image stabilization was not a factor. Shots requiring 1/250 or less generally call for a steadier hand than mine, and this is the zone where IS really pays off. But I rarely found myself being called upon to drop the shutter speed that far.

To capture a good image of a bird with a short lens, it is necessary, of course, to get quite close. I found myself practising stealth approaches and doing my best to look inconspicuous (no bright clothing!). But the payoff is that it is possible to get a very close shot—something that one can never do with a long lens—and to do so in places where dense foliage would thwart an autofocus lens even if one could focus on the subject. Warblers are my subjects of choice, because of their personality and stunningly beautiful plumage, but they are difficult to shoot because they usually either linger in the tops of canopies or forage in dense brush. No lens will help with the former, because of bad angles, backlighting, or intervening foliage, but a short lens has a decided advantage with the latter.  Warblers are also quick. A long lens might do better pulling them in, but a shorter lens is better at target acquisition. It is much easier to get the lens on the bird with a 10° rather than 3° field of view.

In some respects, birding with the Zeiss Milvus 2/135 is exactly the same as with birding with a longer lens: one will do better with spot focus, center-weighted exposure, stopping down at least 1/3 so as not to blow out highlights, and shooting in RAW to give you maximum postprocessing flexibility. I like to apply a degree of denoising to the background—generally masking the bird itself, to retain detail—and some very subtle color enhancements. But with the Zeiss Milvus 2/135, I never found myself having to fix chromatic aberration or purple fringing.

If birds are not your thing, you will still find that the Zeiss Milvus 2/135 can be rewarding with other outdoor subjects. With it I was able to capture bees, butterflies, dragonflies, and frogs while on my birding outings, something I have rarely been able to do successfully with a longer lens on my camera. Creatures such as these are much more tolerant of photographers, but not just any lens can do them justice: one wants a lens with the detail and accuracy of the Zeiss to make the most of the occasion.

The Zeiss Milvus 2/135 was designed and marketed primarily as a portrait lens for studio work. But as a birding lens, it is surprisingly delightful. It just goes to show that you cannot judge a lens by its brochure. 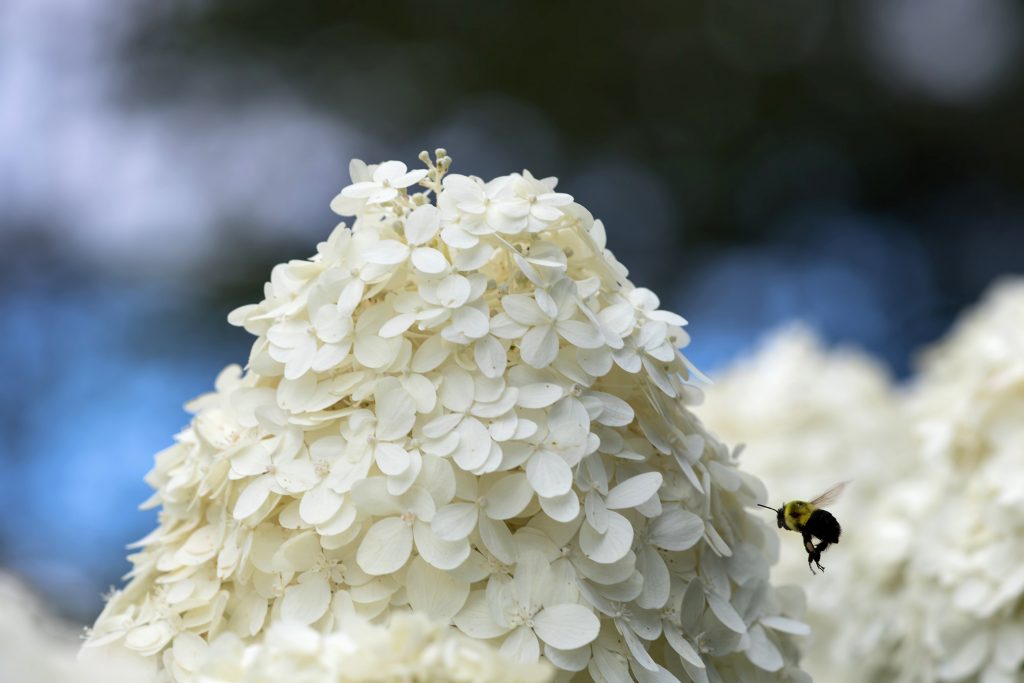